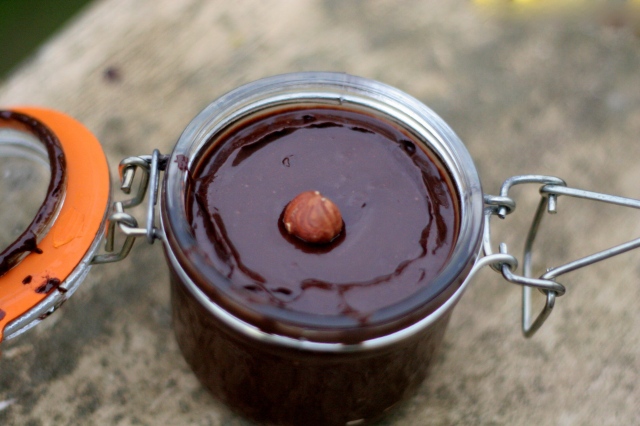 I have so many things to share with you right now that I actually do not know where the best place to begin is.

How about my riff on Grüner‘s kale ribbon salad with farro, radishes, and a garlicky-lemon vinaigrette that I made for Thanksgiving?

Or my ongoing experimentation to make a perfect whole grain crumpet? (After six batches I think I have finally nailed it.)

Clotted cream? Yes, I make that every couple of months, to my thighs’ chagrin, but how about cultured clotted cream?

I have been on a pumpkin spell for a while now, so why not my new maple-pumpkin granola with nuts and seeds?

Perhaps the best place to start is with something both deadly simple and also deadly delicious–the most gussied up dark chocolate-hazelnut spread you will ever taste. A couple of months back I splurged on Askinosie‘s chocolate hazelnut spread. The intense flavors absolutely killed me. I smeared it on English muffins, toast, crumpets, and plundered the jar by the spoonful for one of my thrice-daily chocolate fixes. The trouble was, my chocolate loving kids loved it as much as I did so it was gone before I could hide the jar and hibernate for the winter.

Since then I have bought a jar or two of Nutella, a mainstay when I was in Italy, but somehow it pales in comparison. Sad to write, Nutella has become a mere echo of my magical Askinosie jar. 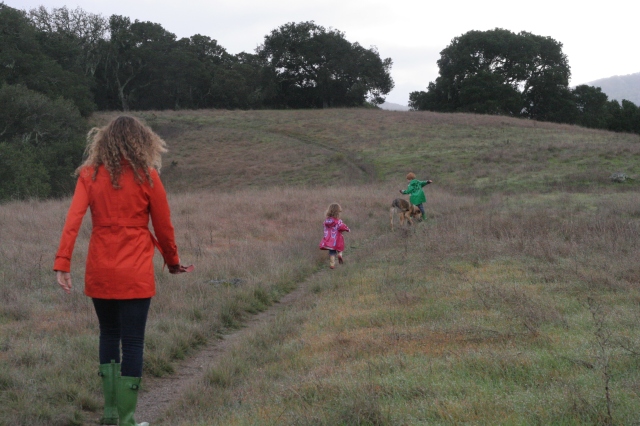 Every year I go a bit nuts with homemade cookies around the winter holidays. Eighty percent of them are either family recipes or else made the cut in recent years. The remainder, however, consist of new auditions. I am constantly on the hunt for the next dynamo cookie and so I try out a lot of recipes, at least one a week, all year long. Last year I found a compilation of homemade gifts from the LA Times and encountered a recipe for a  homemade Nutella copycat. It looked heavenly.

Do not ask me what has taken me this long to make it. I have no idea. I was spurned on last week by my daughter, who apparently is not (yet) too cool for Nutella, and who requested more of the spread for the multigrain crumpets I had made the day before. Let me neither urge or insist that you make this spread, but rather hazard you. This spread is so incredibly addictive–deadly even–that at eight thirty in the morning I found myself desperately scraping the empty food processor with a rubber spatula and licking it clean, which literally necessitated washing my face like the elated two-year old who devoured her chocolate-hazelnut smothered breakfast crumpet. 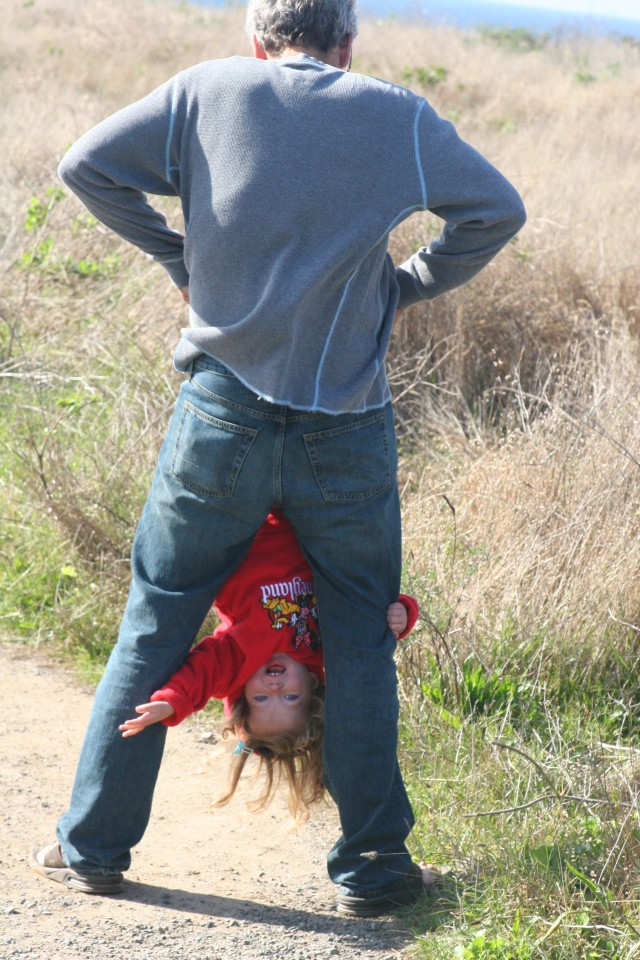 Bliss with her grandfather

(adapted from the L.A. Times)

Preheat oven to 400F degrees. Toast hazelnuts on a rimmed baking sheet for approximately 10 minutes or until the turn a golden (not dark) brown. Remove from tray and spread upon a clean dry surface to cool. When cool enough to handle, repeatedly rub a kitchen towel over the nuts until almost all of the skins come off.

In a Cuisenart type food processor, blend the cooled, skinned hazelnuts into a smooth butter, about 5 minutes, scraping down the sides in between. Add all of the remaining ingredients except the cocoa nibs and sea salt and blend for another 3 or 4 minutes. Finally add the cocoa nibs and salt and blend until the spread has a texture you prefer (i.e. less time if you want to taste a nib here and there).

This tastes best at room temperature, but should be kept in the refrigerator when not being obliterated by the spoonful.